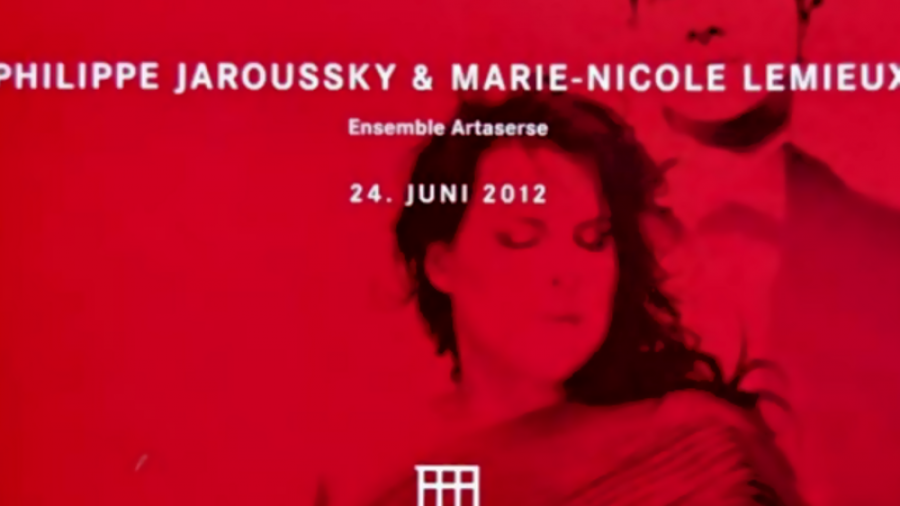 The pieces from the programme “Le Tourbillon des Sentiments” may have been written in the 17th century; however, Marie-Nicole Lemieux & Philippe Jaroussky, supported by the ‘Ensemble Artaserse’, made them seem brand new. After all, love as a topic has never become out-dated.

“Amanti, io vi so dire” – “Lovers, I can tell you … “ could as well have been the title of the programme. In depth, we have been lectured that night on the topic of love by the utter experts, as we came to realize. From the first flame of lovesickness to Hekuba mourning her husband’s death, almost every flavour and shade of love was present. (No shades of grey though, as we are happy to report.)

The context even gave the one piece that seemed to leave the framework of romantic love an additional meaning, and the surrounding pieces added to the barely concealed subtext in “Sul Rodano Severo,” which hardly can have been accidental.

For a great read with lots of musical insights, visit Júlia’s blog – she is the specialist when it comes to Strozzi and contemporaries: [read more]

A turmoil of feelings

Just a personal note: The program was very interesting to say the least. The repertoire chosen was fairly exotic. Even for an utter Baroque fan as I am, towards Renaissance, my knowledge is rather limited, and I lacked the time to prepare properly for the concert, like, checking sources available, and giving a little thought to the music that would be performed that night.

It was a splendid concert. I have to confess, I didn’t even give heed to whether it was sold out or not – I was just too excited to notice such marginalities. I wasn’t there alone, but with Biri, which added to my overall excitement, of course.

I’m an old lady, I fear, so a whole load of pieces I haven’t heard before is just too much input for me to keep in mind – and this annoys me greatly, as I want to cherish and value everything, every note and every phrase.

The Festspielhaus in Baden-Baden is fairly well known, even abroad. It doesn’t have a permanent ensemble, but comprises its program of guests only, which has its pros and cons. There are great performances there, with spectacular casts at times.

La Lemieux, PJ and the Ensemble Artaserse were in splendid shape that night, and they seemed to enjoy performing, which transported to the audience.

On average, said audience was much older than the one in Neumarkt, and there were fewer fans of specifically Baroque or earlier music, as far as I could overhear from the snippets of conversations, so, to capture them was an extra achievement.

Around the concert in Baden-Baden I was in a turmoil of feelings of my very own, so this added to the feeling the programme left behind. Usually I don’t have any problem following the characters of operas or books through the ups and downs of their existence.

This time, I had my troubles. Aria programmes of single artists often span a wide repertoire, e.g., from Carmen to Cherubino, or from Lauretta to Norma, so to mentally having to switch there as a listener is nothing out of the ordinary in itself.

The programme tried to latch together several pieces to make them appear almost like one single piece of music, like a half-scenic mini-opera, or a series of them.

Imagine a Verdi/Wagner/Puccini mini opera where Leonora suddenly becomes Kundry, then the Waldvogel, and finishes off with “O mio babbino caro.” I haven’t said that the assortment was this random, but the tying together of scenes at times inhibited me more from being able to actually get into the spirit than separate pieces would have done. There was no resting point, no applause between the pieces to separate them.

Tying the vocal pieces together by carefully chosen music was a valiant effort, using the instrumental pieces as a kind of entr’acte, or scene music to prepare the listener for the scene to come.

Especially Mrs. Lemieux had to walk offstage a couple of times, in various states of mind, and I would have loved to make a pictures series there. Lemieux grieving, Lemieux heartbroken, Lemieux shattered, naughty Lemieux, Lemieux the temptress … You get a picture. It was a hard task for both to not only switch into the feelings of the wide range of arias and scenes, but to transport the spirit to the audience. Whether they always succeeded or not is a personal thing, as this takes place on the recipient’s part. For me, it worked, but it wouldn’t have with any other pairing of singers.

Lemieux was just fantastic, particularly in her aria from Didone, and the Strozzi piece performed as a duet where Jaroussky sang the spirit of the innocent dead boy was of course a home run for both. (“Sul Rodano severo”)

My favourite scene that night though was a different one. I have never seen something more charming than Jaroussky as a poor, little, very huggable satyr, approaching the nymph – which was Lemieux – in an almost irresistible attempt of making amorous advances. His legs are not this bristly at all, we were told! – the ones who understand Italian at least. (“L’uomo è una dolce cosa”)

The only thing that stood in the way of perfection in the love-scenes (mostly shunned love, flirting, and mocking) was the fact that couldn’t be unseen and less unheard: That Lemieux and Jaroussky veritably adore and deeply respect each other as artists and as persons. I could imagine that this fact would make it feel just a little awkward and wrong in a way if PJ should act like he seriously wanted to go for her. Nevertheless – his satyr was one of the most charming creatures that night, and the “Pur ti miro” mirrored their deep affection. For me, it was the best version I have ever heard.

A friend of mine refers to La Lemieux as “Her Royal Chestiness,” and she is right, of course. Unlike Stutzmann, e.g., Lemieux always keeps her voice sounding female – unless she deliberately wants to sound butch. Where Stutzmann sometimes sounds like a full grown tenor, Lemieux manages to still keep something warm and utterly female to her voice. Her way of blending the registers is spectacular.

Once again, I marvelled at the extent to which PJ aligns to his duet partners, imitates their way of phrasing, their tone, and even breath control, without ever creating a travesty.

Most apparent this became in the encores, the “Pur Ti Miro” as well as a fun duet where they keep mocking and imitating each other – Monteverdi’s “Lidia, spina del mio core.” If this imitation is profitable for him or not at all times is another question. It shows his great empathy, but Lemieux’ sometimes manieristic way of phrasing doesn’t necessarily work for PJ.

Disagreeing with or adding to public statements or ideas why he takes a hiatus soon, I think that this strength of him which is also his weakness might be one of the causes. He might prefer some time to himself again, where he doesn’t have to vocally adjust to anybody, and can just be himself, in every way.

Pet Peeves Of The Day Some good news at the end:

The performance will be broadcast – I don’t know when yet – it has been recorded by Mezzo TV. If anyone has any info, they are very welcome to share. I am sure we’re going to get hold of it somehow, even the unlucky ones who cannot receive Mezzo TV.

Despite additional recordings after the actual performance, PJ and La Lemieux were so kind to meet their fans afterwards.

It was actually fun to wait at the stage entrance, with a bunch of patient fans. Great thanks go to Mr. Weigold who as a guardian angel accompanied PJ, but showed much patience with the likes of us, and with us, I specifically mean Biri and me – alright, mostly me.

Back in Stuttgart, we regretted to not have printed a 2m x 3m flag of the Jarousskians, as we got stuck in the car-corso of Italian soccer fans. We would have liked to have made sufficiently clear that Italy’s victory was NOT what we were hooting for. 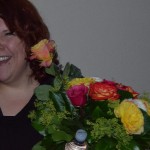 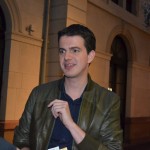 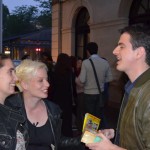 There are more pictures; you can have a look at them on Google+, as well as on our Facebook page.